This is my review of “Julia” the movie – worth watching…. 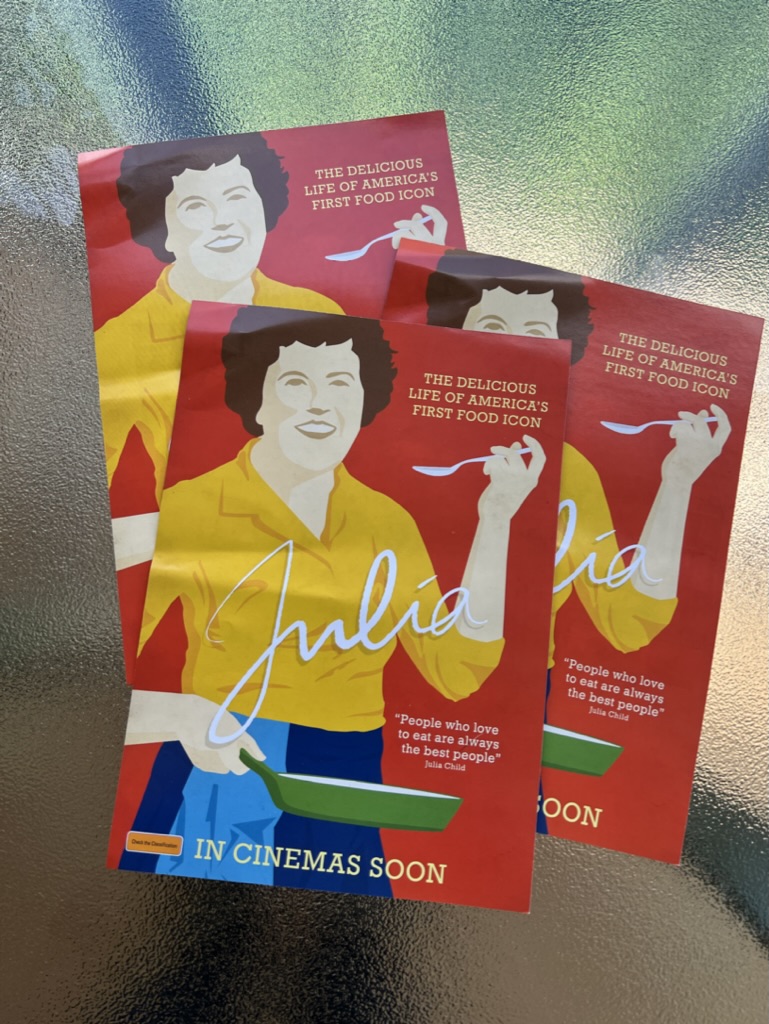 Every now and then, a film about food comes along, that is worth a detour. This is not an energetic, adrenaline-filled movie, but is none the less very watchable. This is the story of the legendary Julia Child.

The film is essentially a documentary, using historical footage to tell her story. Julia Child was, of course, one of the most influential cooks in the USA – a bit like Margaret Fulton in Australia. Like Margaret, she was a leading cookbook author and television superstar who changed the way Americans think about food, television, and even about women. It is said that Julia saved America from Jell-O salad and TV dinners.

Using archival footage, personal photos, interviews with family, friends and peers together with some mouth-watering food cinematography, the film traces Julia Child’s life from her early privileged childhood to her discovery of French cuisine, her training at Le Cordon Bleu and the struggles she had to create and publish her best-selling cookbook, Mastering the Art of French Cooking (which has had sales of 2.5 million copies to date). It takes us on her journey of food discovery, her joys and passions for delicious food and her pioneering spirit as she found fame in her 50’s and became an unlikely television sensation. It is touching and romantic as well as being inspiring and highlights the work of one of America’s most influential food authors who was still presenting food on television in her late 80’s.

Today, our society is obsessed with food, cooking and celebrity chefs. Yet without pioneers like Julia Child, we may not have the diverse and exciting food culture we have today. She not only succeeded in a relatively closed male dominated world but developed a whole new following of keen cooks and created the interest in cooking we see today. Indeed, she was also instrumental in making public television and especially food entertainment, what it is today.

This is a well-made, considered film documentary that celebrates the life and achievements of one of our modern food writers and presenters. It is not just about Julia but also about the whole modern gastronomy phenomenon and is a celebration of food as a social experience.

Julia is a must for chefs, food students, gastronomes and anyone who appreciates good food. The food photography is delicious, and the story is a powerful, inspirational, and poignant portrait of a brilliant woman in man’s world.

Highly recommended. But make sure you eat before you go!

Jeremy Ryland was a guest of Sony Pictures at the Australian preview screening of Julia.